These species need our help – now

Researchers from the Charles Darwin University and the University of Canberra have identified 63 Australian birds, mammals, fish, frogs and reptiles most likely to become extinct in the next 20 years.

With a strong sense of irony, the research team begin their Conversation article, which is linked to their Biological Conservation paper, with the line, “It feels a bit strange to publish a paper that we want to be wrong”.

From a sense of amusement to despair, the authors say that the only way to address Australia’s  “abysmal” extinction record is to ensure we have an accurate record of the species most at risk. They studied birds and mammals first, followed by fish, reptiles and frogs.
Sadly, there are no recent confirmed records of the continued existence of five reptile, four bird, four frog, two mammal and one fish species.
There’s a lot to digest and accept in this report, which draws on the expertise of ecologists and environmental organisations around Australia to make its conclusions. 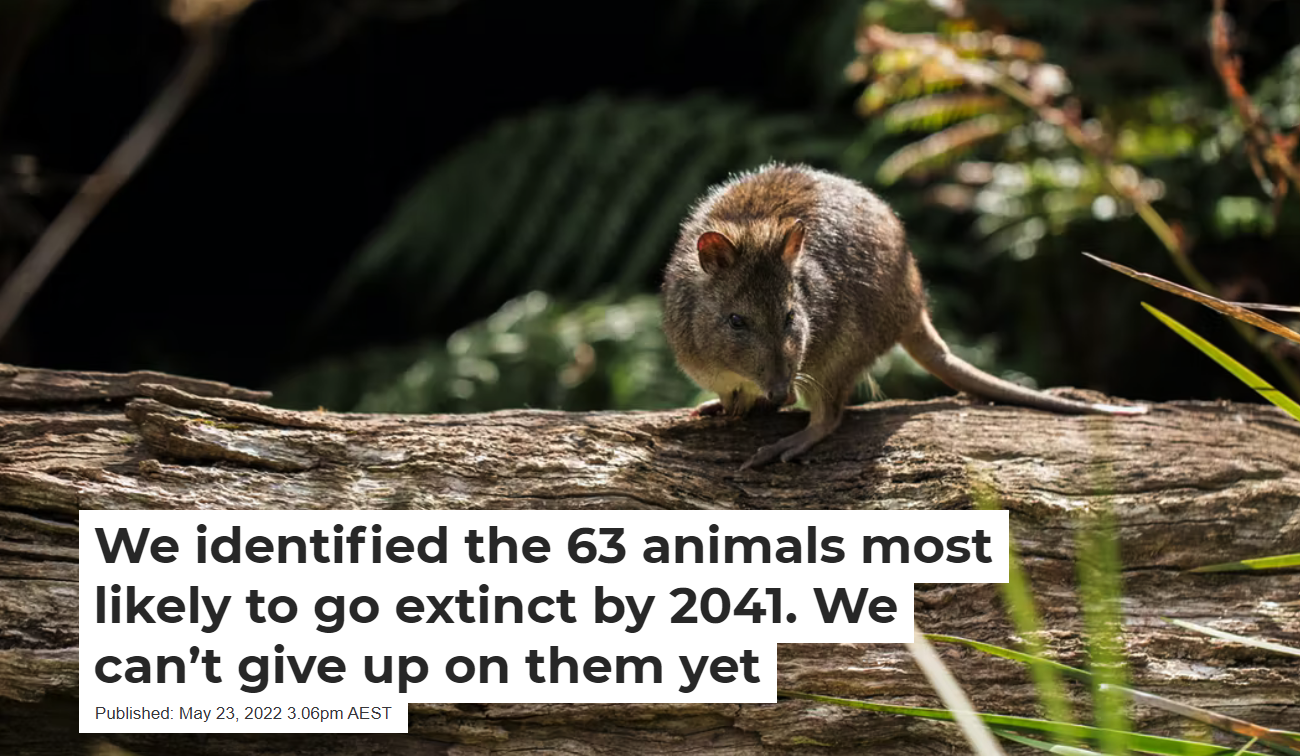